« SCOTUS Petition: Stats Show Losing Patent Owner-Appellants Have a 66% Chance of Being Rule-36ed Versus 18% for Losing Petitioner-Appellants | Main | US Utility Patents – Part 1 –The Basics »

HOUSTON, TX, July 14, 2020. Think Tank Innovations, LLC (“Think Tank”) announced today that it has settled all litigation that had been pending in the Eastern District of Texas against Buffalo Wild Wings, Coca-Cola, and Dot Designs. As part of the settlement, Dot Designs has agreed to license Think Tank’s US 9,139,413 (“the’413”) patent covering specific features of a novel foam reducing beverage container. Financial and other terms of the settlement were not disclosed.

David Fedewa, the inventor of the ’413 patent and President of Think Tank, thanked Bob Weber, the Managing Director of Patent Kinetics, LLC, for leading this project and seeing it through to a satisfying conclusion. "I'd also like to thank the legal team that Bob put together: Holly Barnes of The Law Offices of Holly Barnes, PC in Houston, and Edward Goldstein of Goldstein Law, PLLC, also in Houston” said Mr. Fedewa.

This is only a preview. Your comment has not yet been posted.

The letters and numbers you entered did not match the image. Please try again.

As a final step before posting your comment, enter the letters and numbers you see in the image below. This prevents automated programs from posting comments.

Having trouble reading this image? View an alternate.

Comments are moderated, and will not appear until the author has approved them.

(Name and email address are required. Email address will not be displayed with the comment.) 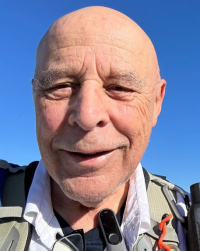